This exhibition showcased the ongoing practice of female visual artists whose work investigates the intersection of the Mother/Artist role as valid subject matter. The works included will highlight that the actual act of crossing borders between the roles of Mother and Artist is the intersection where new rituals and ideas of the domestic are formed, which is valid and important as a form of creative process.
Curated by Linda Clark. 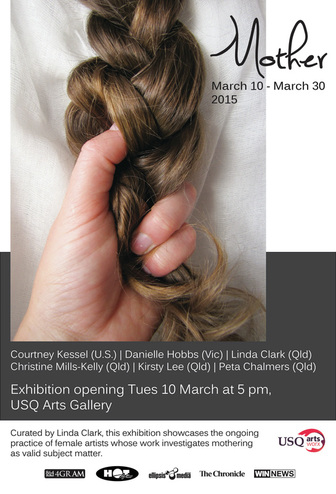