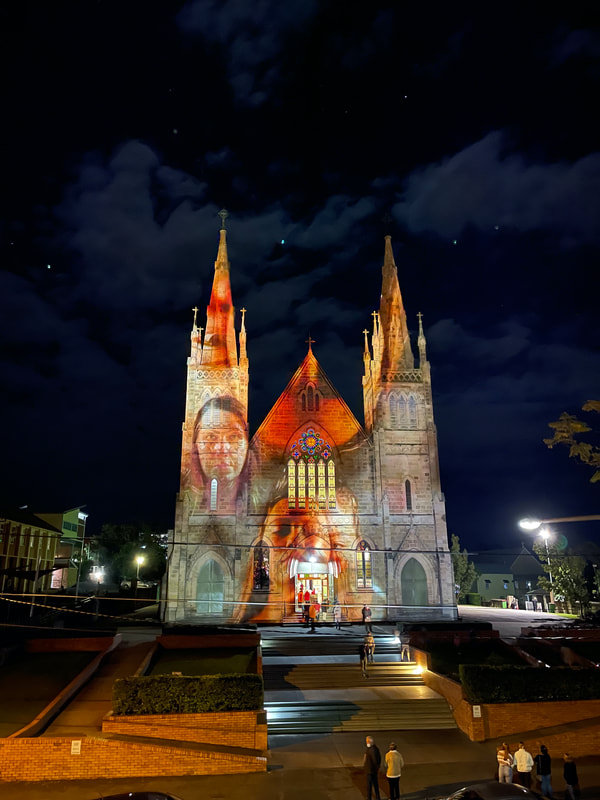 The bamboo poles used in the work reference old fashioned fishing poles, to suggest alternative uses of waterways for activities such as recreational fishing. This serves as a reminder of the need to keep the waterway unpolluted. The jars hanging from the end of the poles are reminiscent of childhood collection of insects, in this case, fireflies.

Within this installation, my intention was to create an environment that symbolically references a personal narrative through investigations of perception and memory.  The objects within the installation give visual clues which the viewer may ‘read’ and consider their own personal response in relation to the work. The viewer’s perception will draw on their own memory, with influences of the subconscious.   Linda Clark 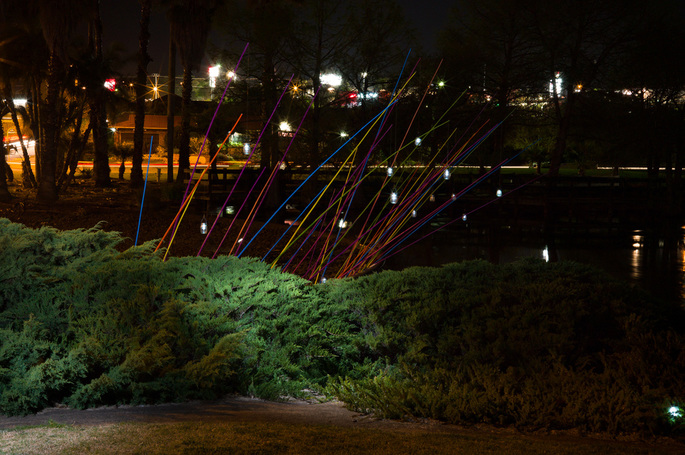 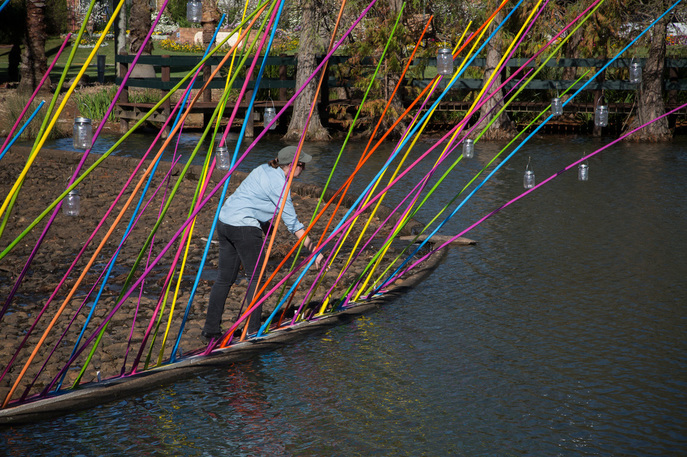